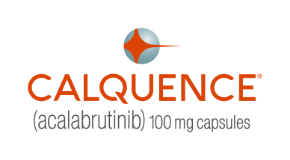 CALQUENCE as a First-line Therapy for CLL: ELEVATE-TN

CALQUENCE is indicated for the treatment of adult patients with chronic lymphocytic leukemia (CLL) or small lymphocytic lymphoma (SLL).

Fatal and serious infections, including opportunistic infections, have occurred in patients with hematologic malignancies treated with CALQUENCE.

Serious or Grade 3 or higher infections (bacterial, viral, or fungal) occurred in 19% of 1029 patients exposed to CALQUENCE in clinical trials, most often due to respiratory tract infections (11% of all patients, including pneumonia in 6%). These infections predominantly occurred in the absence of Grade 3 or 4 neutropenia, with neutropenic infection reported in 1.9% of all patients. Opportunistic infections in recipients of CALQUENCE have included, but are not limited to, hepatitis B virus reactivation, fungal pneumonia, Pneumocystis jiroveci pneumonia, Epstein-Barr virus reactivation, cytomegalovirus, and progressive multifocal leukoencephalopathy (PML). Consider prophylaxis in patients who are at increased risk for opportunistic infections. Monitor patients for signs and symptoms of infection and treat promptly.

Fatal and serious hemorrhagic events have occurred in patients with hematologic malignancies treated with CALQUENCE. Major hemorrhage (serious or Grade 3 or higher bleeding or any central nervous system bleeding) occurred in 3.0% of patients, with fatal hemorrhage occurring in 0.1% of 1029 patients exposed to CALQUENCE in clinical trials. Bleeding events of any grade, excluding bruising and petechiae, occurred in 22% of patients.

Consider the benefit-risk of withholding CALQUENCE for 3-7 days pre- and post-surgery depending upon the type of surgery and the risk of bleeding.

Grade 3 atrial fibrillation or flutter occurred in 1.1% of 1029 patients treated with CALQUENCE, with all grades of atrial fibrillation or flutter reported in 4.1% of all patients. The risk may be increased in patients with cardiac risk factors, hypertension, previous arrhythmias, and acute infection. Monitor for symptoms of arrhythmia (e.g., palpitations, dizziness, syncope, dyspnea) and manage as appropriate.

The most common adverse reactions
(≥ 30%) of any grade in patients with CLL were anemia,* neutropenia,* thrombocytopenia,* headache, upper respiratory tract infection, and diarrhea.

*Treatment-emergent decreases (all grades) of hemoglobin, platelets, and neutrophils were based on laboratory measurements and adverse reactions.

In patients with previously untreated CLL exposed to CALQUENCE, fatal adverse reactions that occurred in the absence of disease progression and with onset within 30 days of the last study treatment were reported in 2% for each treatment arm, most often from infection. Serious adverse reactions were reported in 39% of patients in the CALQUENCE plus obinutuzumab arm and 32% in the CALQUENCE monotherapy arm, most often due to events of pneumonia (7% and 2.8%, respectively).

Based on findings in animals, CALQUENCE may cause fetal harm and dystocia when administered to a pregnant woman. There are no available data in pregnant women to inform the drug-associated risk. Advise pregnant women of the potential risk to a fetus.

It is not known if CALQUENCE is present in human milk. Advise lactating women not to breastfeed while taking CALQUENCE and for at least 2 weeks after the final dose. 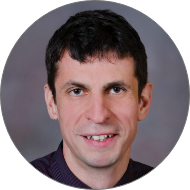 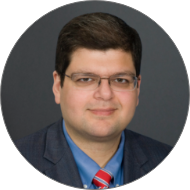 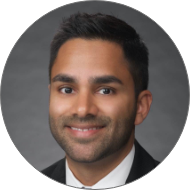 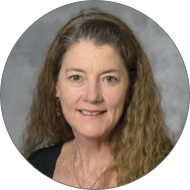 CALQUENCE is a registered trademark of the AstraZeneca group of companies.
©2020 AstraZeneca. All rights reserved.

This program is intended for US healthcare professionals only. AstraZeneca will comply with any and all federal or state reporting requirements regarding any value or expense associated with this event. AstraZeneca fully supports and abides by the PhRMA Code on Interactions With Healthcare Professionals (HCPs). This program is open only to HCP invitees. AstraZeneca will not accommodate attendance of a spouse or other guest of any HCP attendee, nor will AstraZeneca pay for transportation or parking costs of attendees. If you are a prescriber and/or a Federal, State, or institution employee, you may be subject to laws, regulations, or rules that prohibit or limit your receipt of gifts, meals, or items of value. We ask that you comply with any such restrictions. AstraZeneca will not recommend, endorse, or support the submission of this promotional program for CE credits.